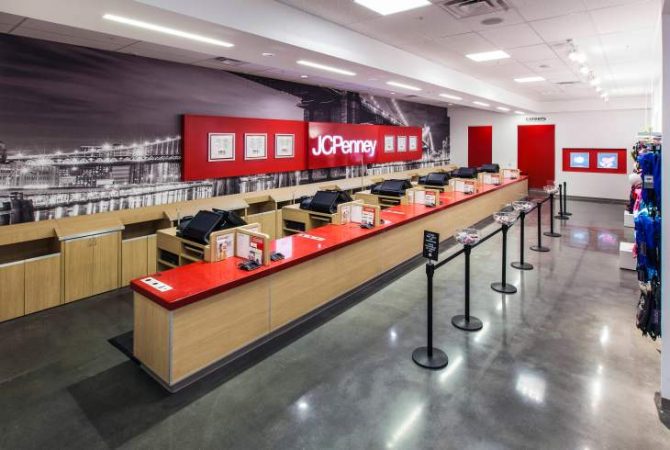 JCPenney quietly ditched Apple Pay this month. The decision was announced in response to a customer complaint on Twitter, but without any context or further explanation at the time. JCPenney had first rolled out Apple Pay into testing in 2015, then expanded to all its U.S. stores the following year, and later to its mobile app.

The retailer now claims the move was necessitated by the April 13, 2019 deadline in the U.S. for supporting EMV contactless chip functionality.

As of this date, all terminals at U.S. merchants locations that accept contactless payments must actively support EMV contactless chip functionality, and the legacy MSD (magnetic stripe data) contactless technology must be retired.

JCPenney was not ready to comply, it seems, so it switched off all contactless payment options as a result. However, it hasn’t ruled out re-enabling them later on, it seems.

JCPenney made the decision to remove Apple Pay for our stores, we apologize for any inconvenience this may have caused. We will definitely forward your feedback regarding this for review.

In a statement provided to TechCrunch, JCPenney explained its decision:

A third-party credit card brand made the requirement for all merchants to actively support EMV contactless functionality effective April 13, retiring the legacy MSD contactless technology in place. Given the resources and lead time associated with meeting the new mandate, JCPenney chose to suspend all contactless payment options until a later date. Customers still have the ability to complete their transactions manually by inserting or swiping their physical credit cards at our point-of-sale terminals in stores, an option employed by the vast majority of JCPenney shoppers.

It’s worth noting, too, that JCPenney is hinting here at low Apple Pay adoption among its customer base — as the “vast majority” of shoppers pay using a physical card.

That means the retailer’s decision to re-enable Apple Pay at a later date may still be in question — especially as this change allows JCPenney to fully take back ownership of customer purchase data.

Customer data is an important part of JCPenney’s plan to get the business back on its feet. Under new CEO Jill Soltau, who took the job last October, the retailer has been closing underperforming stores, hiring new execs to focus on merchandise selection and eliminating its low-margin items, noted Bloomberg following the company’s most recent earnings. It’s also reducing inventory and adjusting its buying process to ensure it doesn’t end up with excess inventory going forward.

And, as Soltau explained to investors in February, the retailer is rethinking its pricing and promotions strategies, too.

“I think that’s one of the key initiatives that we’ll be working on here in the coming months because we’re not being as strategic in how we speak to the customer and engage with the customer through our pricing and promotion,” she said. “And I would frankly say it might be a little bit confusing, and you might not know exactly when you can get the best value at JCPenney,” the CEO added.

Customer purchase data allows a retailer to better target its customers with relevant promotions, as stores are able to collect the customer’s name and card number at point of sale, which they can then combine with other demographic data like the customer’s address, phone and email.

Apple Pay, meanwhile, prevents this level of access — something that customers like, but retailers traditionally have not. In fact, the lack of access to customer data was one reason retailers were hesitant to warm up to Apple Pay in the first place, and spent years developing their rival solution, CurrentC, which ultimately failed.

Today, many major retailers incentivize customers to use their own payments solution instead of Apple Pay — as with Walmart Pay, Sam’s Club’s Scan-and-Go, or like Target does with its store card, which can be combined with Cartwheel discounts in a single barcode scanned at point-of-sale.

Apple Pay is also a more secure method of payment, which today’s consumers prefer — particularly in the case of retailers who have suffered major data breaches, like JCPenney has in the past. Plus, Apple Pay allows shoppers to carry only their phone — not a wallet stuffed with physical cards.

The removal of Apple Pay from JCPenney stores was reported earlier by MacRumors which credited Appleosophy. 9to5Mac also noted Apple Pay was pulled from the JCPenney app.

JCPenney has more than 800 stores in 49 states.

Despite being dropped by JCPenney, Apple Pay remains a top mobile payment solution. In January, it was accepted by 74 of the top 100 U.S. merchants, and 65 percent of all retail locations across the country.

JCPenney tells us it will “seek to implement EMV contactless at a later date.”