Tesla plans to launch a robotaxi network in 2020 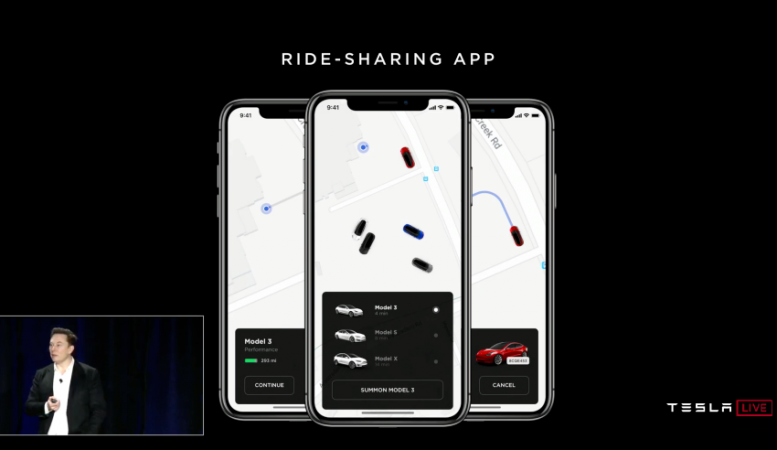 Tesla plans to launch a robotaxi network in 2020

Tesla expects to launch the first robotaxis as part of broader vision for an autonomous ride-sharing network in 2020, CEO Elon Musk said during the company’s Autonomy Day.

Tesla will enable owners to add their properly equipped vehicles to its own ride-sharing app, which will have a similar business model to Uber or Airbnb . Tesla will take 25 percent to 30 percent of the revenue from those rides, Musk said. In places where there aren’t enough people to share their cars, Tesla would provide a dedicated fleet of robotaxis.

Musk has talked about the Tesla Network and ambitions to allow owners to place their vehicles on the ride-hailing app since 2016.

All new Tesla vehicles are now produced with its custom full self-driving computer chip, a detail that Musk revealed during the event Monday. That chip fulfills the hardware requirements for full self-driving, according to Musk, who boasted that it was the best in the world. (Tesla vehicles are equipped with a suite of sensors such as forward-facing radar and cameras. It does not have lidar, or light detection and ranging radar, a sensor that most AV developers say is critical, but that Musk argues is a fool’s errand and “doomed.”)

The remaining step is the software, which Musk says will be “feature complete” and at a reliability level that we would consider that no one needs to pay attention, by the middle of next year.

“From our standpoint, if you fast forward a year, maybe a year and three months, but next year for sure, we’ll have over a million robotaxis on the road,” Musk said. “The fleet wakes up with an over the air update; that’s all it takes.”

Musk also noted at numerous times that the full self-driving and the robotaxi fleet will require regulatory approval. However, he didn’t explain what kinds of regulatory approval is needed. The federal government does not have any laws regulating autonomous vehicles. There are only voluntary guidelines. And if the vehicles are not altered in any way on the hardware side — such as removing the steering wheel or pedals, for instance — it’s unclear how the federal government could limit Tesla.

Musk could be referring to local and state laws that regulate ride-hailing networks. Again, it’s unclear and we’ll update the story if Tesla provides new information.

Recharging the Tesla robotaxis is one of few challenges that the company will face as it prepares to deploy.

Musk noted that he sees a future where the robotaxis would return home and automatically park and recharge. While he stopped short of confirming a production version of the snake charger Tesla unveiled in 2015, it was clear that Tesla sees a similar version coming to market alongside the robotaxi network. 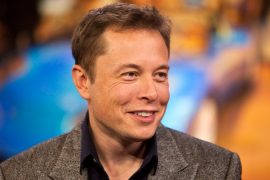 Elon Musk Says Tesla Will Roll Out 1 Million Robo-Taxis by Next Year. Here’s How He Plans on Doing It